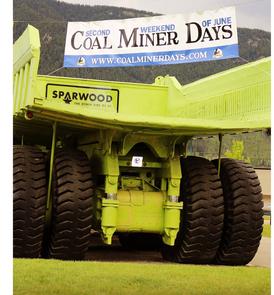 10:00am through 12:00pm Reverse Parade on Douglas Fir Road. Unlike a traditional parade where spectators stay in one spot and watch the performers go by, visitors will be staying inside their vehicle and driving by the various entertainers. 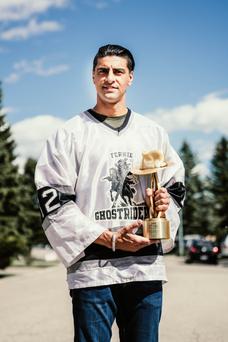 We are very excited to have Dampy Brar join us for the 2021 Coal Miner Days Parade. Dampy  was born and raised  and played his minor hockey in Sparwoodl. He also played for the Elk Valley Jr. Raiders before going to the Fernie Ghostriders. He then went on to play professionally in the US, making it all the way to the International Hockey League's Las Vegas Thunder. At that time, the IHL was the second best league in the world (after the NHL). He played the majority of his career in the West Coast Hockey league for the Tacoma Sabercats where he won the "Most Popular Player" award every year he was there - he is also the franchise's all-time leader in points.

He is the co-founder of "Apna Hockey" - a program that gives kids of South Asian descent an introduction to hockey and enables immigrant parents to be comfortable in a very intimidating atmosphere. Apna Hockey has partnered with the NHL and Bauer and this is because...wait for it...Dampy is the 2020 winner of the NHL Willie O'Ree Community Hero Award!!!